Everything you need to know about AdBlue

Everything you need to know about AdBlue©

If you have bought a new diesel car recently, you may have noticed that AdBlue© is a requirement. Unsure of what this is and what it does? Fear not, this article will explain the ins and outs of this product and by the end, you will have a complete understanding of the product you are putting in your car.

This is a product that you should become aware of as a driver of a diesel-powered vehicle. It’s an important liquid that helps reduce harmful emissions that are created by diesel engines. It is also one of the main methods that car manufacturers are using to reach strict emissions targets.

If you only cover small distances, it’s quite possible you’ve never found this before, but if you’re a long/high distance driver, you’ll likely find this on a regular basis. That’s because the more diesel you use, the more of it will be consumed. Fortunately, filling your tank is an extremely simple process.

Disabling AdBlue©can case failure of emission test and reduce the fuel efficiency of a vehicle.

Car manufacturers must abide by various rules that are driven by environmental concerns. The most up to date emissions regulations, known as Euro 6, arrived in 2016 and signified a specific challenge for the development of diesel engines. Most of these challenges required new ways to reduce nitrogen-oxide emissions.

The technology used is called selective catalytic reduction (SCR). This type of technology involves injecting specific amounts of a liquid into the vehicle exhaust gases.

• Reduce Emission up to 80%
• Increase fuel efficiency up to 50%
• For Euro 4, 5 and 6 Diesel engines
• All manufacturer approvals
• Available in Finol 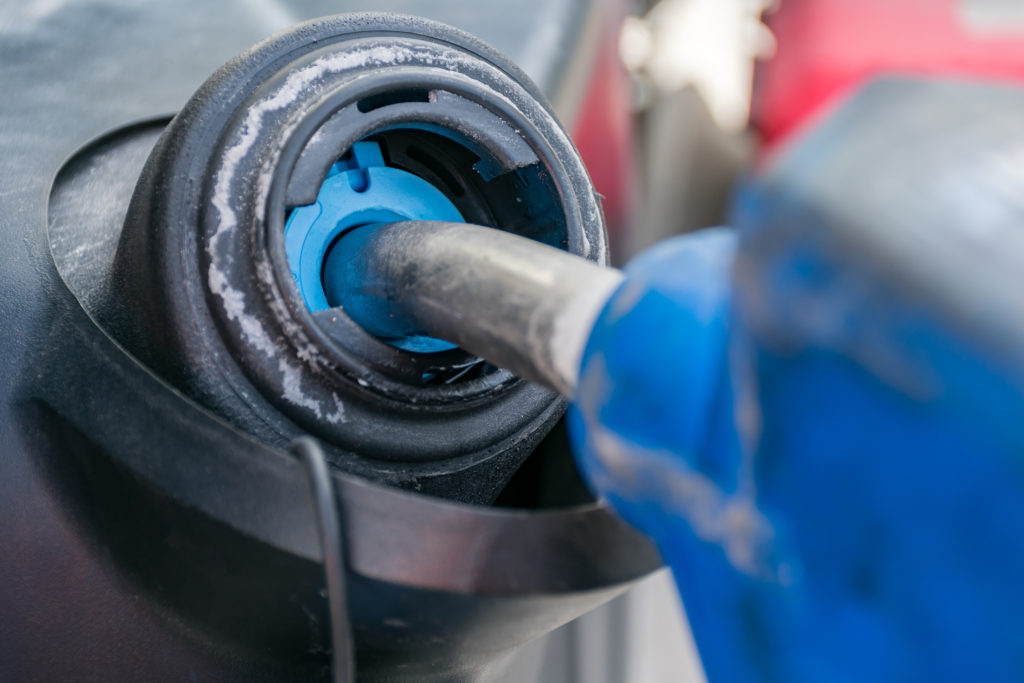 What is its main function?

To comply with Euro 6 regulations, the majority of new diesel-powered cars built since 2016 use SCR technology to insert small amounts of AdBlue© into the car’s exhaust gases. When this combines with exhaust emissions, it creates harmless nitrogen and oxygen by breaking down the harmful mono-nitrogen oxides inside the diesel exhaust. This technology has been used in buses and heavy-duty trucks for a long time, so its success has been proven and its reliability is better than ever. 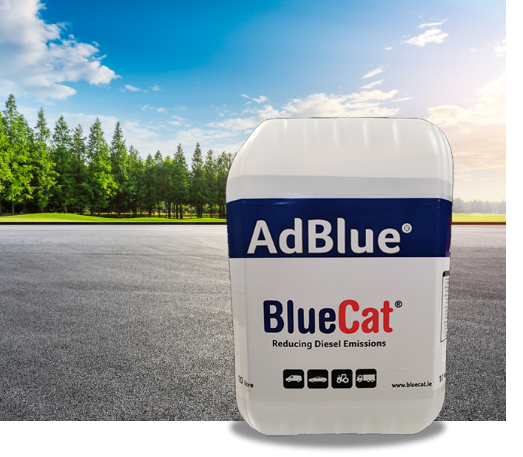 What is it made of?

This product is a non-toxic liquid that’s colourless in appearance. It is essentially a mixture of water and urea, a substance that can be found in urine. The Urea that is found in this product is an exceptionally pure version and is of a higher grade than that used in cosmetics, glue or fertilisers. Likewise, the water is demineralised, a far cleaner water than what we get from the tap.

Whenever you are buying this product, you should check it meets the right specification. Always look for the ISO 22241 number on the packaging. This may also appear as ISO-22241-1, ISO-22241-2, and ISO-22241-3. This will highlight that the AdBlue won’t damage your car’s SCR catalyst, a repair that can prove to be extremely costly. Taking into account that your AdBlue meets these specifications, one brand of AdBlue should work similar to another.

Does my car need to use it?

SCR technology with AdBlue© is becoming more and more regular, but it hasn’t been integrated into every diesel car. The more recent your car was built, the more likely it is that it needs to use it. If you’re driving a new model that was launched since 2016, it’s extremely likely that it will use this product. On the other hand, if you’ve bought a new car since 2016 which was on sale before that date, it’s possible it won’t require it.

Many people do not understand that the system is actually equipped until a warning message appears on the dashboard highlighting that the AdBlue© tank needs filling up. As the SCR system has no effect on how the car drives, it’s not always clear whether a car contains one.

If you are unsure if your car has an SCR system that requires it, the owner’s handbook for your car will highlight it. You can check it for the location of the AdBlue© filler cap. If one isn’t listed in the manual, it can be presumed that SCR was never fitted to the car model, although a call to your local dealer is still suggested.

If it does provide a location for the filler, check that location on your car for its presence. When it has been fitted, it’s commonly found beside the fuel filler, but some cars have it concealed by the boot carpet, either on the floor or at either side. 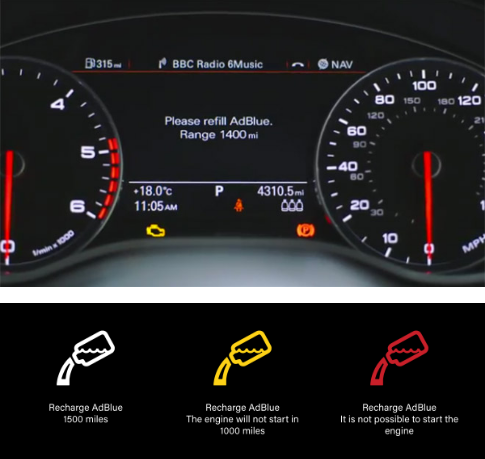 How do I refill my car with AdBlue©?

If you cover more kilometres than most, you may find you need to refill your AdBlue tank in between services.

Topping up is a simple affair. It’s always a good idea to consult your car’s handbook first, but typically all you need to do is open the filler cap, screw on the connector of the refill bottle, then allow it to pour into the tank. Many larger refill containers require a connecting nozzle, and you may want to buy one of these from a dealer if you’re a high-mileage driver, as larger refills can save you money in the long run.

Some cars require that you use the wheel brace to open the filling cap, requiring you add a minimum amount (usually around three to five litres) when refilling, to remove the warning message from your car’s dashboard.

How to reset the warning light?

Just like your low-fuel warning light, there’s no manual way of resetting it – only topping up to a minimum requirement will make sure that the warning light or the low-AdBlue message disappears.

What will happen if I run out of AdBlue©?

While you’ll be reminded of this with plenty of time to do this by messages on the dashboard, you must be aware that your car won’t start if you fail to refill the AdBlue© tank before it runs completely dry.

If you fail to refill the AdBlue© tank your car won’t start.

How much AdBlue© will my car consume?

AdBlue© consumption varies from vehicle to vehicle and brand to brand, but a general estimation is a car will go through about 1.5 litres every 997 kilometres. Just like fuel, the harder and faster you drive, the more AdBlue you’ll use.

Luckily, since AdBlue© is injected into the exhaust gases in such small quantities, you won’t find yourself topping up too often. The average AdBlue tank holds approximately 10 litres or more, many drivers will find AdBlue refills taken care of during their car’s annual service.

How long does AdBlue© last?

As with any vehicle fluid, AdBlue© will eventually degrade and break down over time. While it’s more than likely that it will be used before this happens, you should receive a dashboard warning message if this occurs.

It might seem smart to keep a few extra litres of AdBlue© in the boot, but this isn’t something we would recommend. Any spills or leaks are likely to damage your car’s interior. Also be aware that you can’t keep a half-empty container of AdBlue© in your garage if you have some left over after topping up. This is because airborne contaminants can affect the chemical composition of AdBlue©.

Although it’s non-toxic, AdBlue© is corrosive and can cause irritation to your skin, eyes and lungs, so do wash your hands after filling. Be sure to rinse any spills from the car’s bodywork too, because AdBlue can damage paintwork.

Get all the answer on AdBlue©