What is Gear Oil? 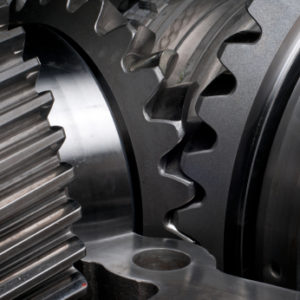 Gears are found in a vast amount of the machinery we see today and are essential components as they perform several key functions including, gear reduction and adjusting the direction of rotation. But if a gear didn’t have a lubricant, it wouldn’t be able to perform these key functions. Whether in your car, truck or heavy industrial machinery, these lubricants allow gears to slide along smoothly by stopping friction from wearing them down.

But just like with engine oils, it can be extremely difficult to know which gear oil is right for the respective machine unless you have the knowledge to make an educated decision. This article will look at the vital pieces of information you need to ensure that choosing a gear oil is an easier and productive process.

Where is Gear Oil Used?

Big or small, if a vehicle or a machine has a gearbox, it will need gear oil. Therefore, gear oils need to have a broad range of properties since gears can differ so much. They also generate massive amounts of heat and friction as they operate, meaning that oil is vital to prevent abrasive damage between the gears that can cause catastrophic damage to the system.

Many gear oils are marketed for vehicular purposes, particularly manual transmissions. These are usually described as “universal” gear oils. Although a portion of these can be used for industrial machinery, the vast majority can contain additives that are not suitable for industrial processes and can be extremely harmful.

Dedicated industrial gear oils instead, are designed specifically for industrial machinery and are formulated with additives and compounds suitable for their various applications. In lubricants such as engine oils, synthetic grades are usually favoured due to their performance abilities. Gear oils are one lubricant where using fully synthetic oils aren’t always the most beneficial.

Base mineral oils regularly perform better at lower/reduced temperatures and have a better film strength due to the higher pressure-viscosity coefficient (load placed on film vs the thickness during constant factors). On the other hand, synthetic oils are favoured when operating at higher temperatures due to their ability to resist oxidation and thermal degradation. They can also deal with a broader range of ambient temperatures while maintaining their viscosity.

The Base Grades of Gear Oil

Gear oils have a base grade which shows its underlying properties and determines the quality of the oil. The majority of these grades are obsolete from an automotive standpoint. In fact, GL-4 gear oil and GL-5 gear oil are the only grades used in modern vehicles. The various types of grades are as follows:

These oils are designed primarily for low-use manual transmissions and could be considered “outdated” or “inactive”. Mainly operating under such low-pressure conditions, they usually only require a minimal amount of additives. An important fact to note if additives such as friction modifiers and extreme pressure types cannot be used with this type of gear oil.

These oils are used for manual transmissions where the qualities of a GL-1 or GL-2 oil isn’t adequate or where there are spiral-bevel axles. They are typically used for manual transmissions that are operating under moderate to severe conditions. They have a light extreme pressure effect. They have a load-carrying capacity that is better than GL-1 but is below the requirements of GL-4. Again, this type of gear oil is currently inactive.

Used in selected manual transmissions and transaxle applications, GL-4 gear oils have a moderate level of extreme pressure additives and are the most commonly used gear oil in transmissions.

These oils possess a very high level of extreme pressure additives and operate in both high and low speed, high torque conditions. They’re predominantly used with hypoid gears in automotive axles and other extremely loaded systems. 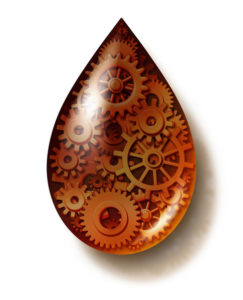 Lubricants, in general, have numerous ways to designate viscosity. Gear oils are no different and there are 2 which are the most common, SAE and ISO grades.

The Society of Automotive Engineers (SAE) created a grading system that is specifically designed for automotive applications. Although they apply to a large group of lubricants, only SAE grades of 60 or more are used in relation to gear oils. Just like in monograde engine oils, gear oils also use a single number. You may find that this is accompanied by the letter “W”. This will describe if a gear oil is suitable for colder seasons (contains a “W”) or hotter conditions (“W” is absent). Multigrade gear oils have 2 numbers split by the “W” and just like engine oils, this describes performance at 0°C and 100°C, with the higher the number the greater its viscosity.

The International Standards Organisation (ISO), developed a grading system designed for industrial gear oils. ISO grades contain a single number. The higher the number, the higher the viscosity equates to. The grade number mirrors the mid-point viscosity number in centistokes (unit of kinematic viscosity), so, for example, ISO 320 equals 320 cSt.

Most lubricant applications follow the rule of “the slippier the better”. Gears, on the other hand, have different requirements depending on the type of system that is in operation. Normally, high viscosity oils provide the best performance for low speed, loaded gears with a rough surface. They provide a much thicker film, have increased wear resistance, resulting in less deformation of the gears as time goes on.

Low viscosity oils, on the other hand, are considered best for high-speed systems that have a lower load. They offer a thinner film and better cooling to match the higher speed of the gearbox in question. As always, it’s usually best to just consult a user manual to ensure that you are choosing the best lubricant for your application. 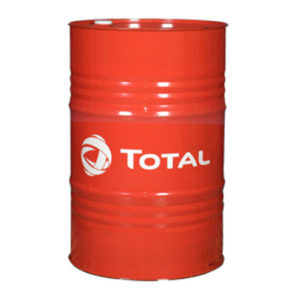 A mineral oil for enclosed gears, The Carter Ep range has been specifically designed to lubricate enclosed gears (bevel and spur gears, bearing and gear couplings, worm gears) that operating under severe conditions. This premium range has several key advantages including: