Grease 101: What Makes a Good Thickener?

Grease is made up of three important components:

With the influx of new technology, it is extremely important to understand what you are putting in your machinery to ensure you get the right results. Our series of grease 101 blog posts will give you the essential information needed to make informed decisions on the products you are buying. In this edition, we will be looking at thickeners.

The thickener used influences the type of application the grease is suited to, such as the operating temperature, load, speed and material 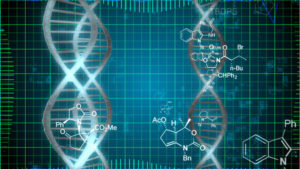 compatibility. Therefore, it is vital that you work out which thickener is best suited to your application requirements.

A suitable thickener should consist of a three-dimensional network of fibres or particles that can be filled with oil but above all else, contains no air. Thickeners mainly consist of a variety of organic and non-organic soaps. It must also have a large surface area that can uniformly disperse the oil. The consistency of the grease should have a degree of softness or firmness, depending on the amount of thickener, and slightly oil soluble. The viscosity of the base oil or the additives have little to do with deciding the consistency of the grease. 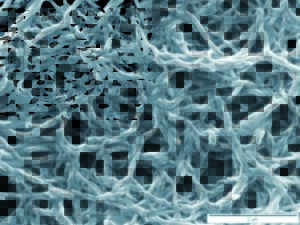 Soaps that are formulated by reacting the metallic alkali with a monobasic organic acid. There is a wide variety of soap greases from which to choose. Each has different physical properties, and the application requirements are the deciding factor in which soap is best. The different types of soap thickeners include lithium 12-hydroxy stearate soaps, lithium stearate soaps, calcium soaps, sodium soaps and aluminium soaps.

Lithium 12-hydroxy stearate greases are currently the most common and widely used soap greases. Lubricants prepared from lithium soaps have excellent lubricity, shear stability, thermal resistance (as measured by the “dropping point,” typically between 190-220°C), and moderately low oil separation. The oxidative resistance of lithium greases gets improved with the addition of antioxidants. Lithium greases are used traditionally in automotive and industrial applications such as use on bearings.

Greases prepared from calcium soaps have a much-improved water resistance compared to the lithium greases, they also have excellent shear stability. On the other hand, calcium soap greases do not have a strong thermal resistance (dropping points range from 135-145°C) and are therefore usually only used in application environments that operate up to 110°C.

Sodium soap greases have high dropping points (typically 175°C) but are generally limited to operating conditions that are no more than 120°C due to poor oxidative stability and high oil bleed. They also don’t have good water resistance. However, sodium soaps do provide good shear stability and lubricity.

Aluminium soaps have excellent oxidation resistance and water resistance. However, these greases also have a low thermal resistance (dropping point of only 110-115°C) which limits operating conditions to less than 80°C. When aluminium soap greases get too hot in a bearing, they form stringy gels that cause sharp increases in torque, and therefore additional work is required to turn a bearing.

Mixed soap greases were created to improve on the deficiencies of individual simple soap greases. The most common mixed soap grease is lithium/calcium as the lithium improves the high-temperature resistance while the calcium enhances the water washout. This combination of sodium/calcium is also employed where the calcium enhances the water resistance without lowering the operating temperature of the grease too much. The calcium also acts to shorten and smooth the coarse fibres of the sodium soap.

Finally, there are the complex soaps which are formed by causing a reaction between the alkali and a blend of a monobasic acid and dibasic acid. Complex greases typically give you improved temperature resistance and can handle applications where there are short temperature excursions up to 175°C; higher is possible provided that the base oil used is stable at that temperature. 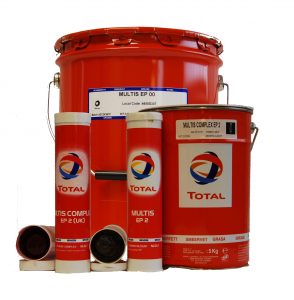 There are several non-soap thickeners that got developed over the years. Each type is suited to a variety of applications, depending upon the operating conditions the grease will experience and the materials with which they will be in contact. Some thickeners need to be non-melting and withstand temperatures that are significantly hotter than what traditional soap greases can handle. Others need to be inert due to material compatibility, or they may be in aggressive environments where they get exposed to corrosive or acidic elements.

Their unique inherent properties can identify calcium sulfonate greases. Other thickeners usually don’t bring any tribological (interacting surfaces in relative motion) performance to the grease. Calcium sulfonate thickeners provide strong anti-wear properties, along with extreme pressure and corrosion resistance. The water resistance rating of an oil is calculated by carrying out a water spray off test (ASTM D-4049). The results will vary dependent upon the oils used; however, a rating can be improved upon by the addition of polymers into the grease.

However, when testing calcium sulfonate greases on the water washout test (ASTM D-1264), they have excellent resistance to water.  They also possess excellent thermal stability with dropping points above 350°C. Calcium sulfonate greases have been used effectively in a wide range of both industries and applications, such as rolling equipment, pulp and paper industries, mining and construction, automotive, and the marine.

Silica greases resemble an aerogel which yields excellent heat resistance and oxidative stability, the thickener is non-melting and therefore when tested for dropping point, does not give a value. The upper operating temperature of a silica grease gets determined by which base oil with which it is paired. Silica inherently has poor water resistance. However, it can be treated with various silanes to make it water resistant. Such factors are important for applications regarding an electrical connector and other damping applications. Silica is also a very efficient thickener as it has a large surface area.

Organo-clay greases are smooth textured and based on either bentonite, hectorite, or montmorillonite. They have outstanding heat resistance since the thickener does not melt, and when tested for dropping point, do not give a value. They have good oxidative stability and are usable at least up to the temperature that the constituent oil evaporates. These greases also have excellent water resistance. Clay greases have reasonable shear stability and tend to soften quite a bit when worked.

PTFE greases are generally considered to be high-temperature greases that have good thermal stability, water resistance, shear stability as well as lubricity. PTFE greases typically have dropping points over 260°C. PTFE is generally used to thicken PFPE base oils which result in greases that can have low outgassing (release of a gas that was trapped within the grease) properties; this makes them ideal candidates for aerospace and semiconductor applications.

Another advantage to PTFE/PFPE greases is that they have excellent material compatibility with plastics and elastomers. A drawback to PTFE is that it is an inefficient thickener and typically requires up to 50% thickener depending upon the stiffness of the resulting grease. PTFE can be used to thicken other base oil chemistries such as PAOs and silicones used in automotive and damping applications.

There are a few carbon blacks that have decent thickening efficiency and are employed to produce electrically conductive greases. The result is high-temperature products that are used in bearings and allow static discharge to pass through the bearing instead of building up and arcing, thus causing damage to the rolling element. These greases have good thermal stability but have surprisingly poor water resistance.

The most common applications for these greases have been in treadmills, laser printers, copiers, and computer equipment.

Considerations for a Thickener 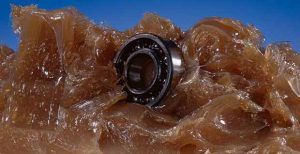 As with any lubricant, its extremely important that you check out the service manual of your machinery manufacturer to see what they recommend. Finol Oils offer a range of greases for all applications In a variety of sectors including industrial, agricultural, construction and fleet. To find out more about our range of greases contact our technical team at 01-455 5484 or go to www.finol.ie/contact-us. Stay tuned for the next in our series of grease 101 and find out more about this extremely important lubricant.