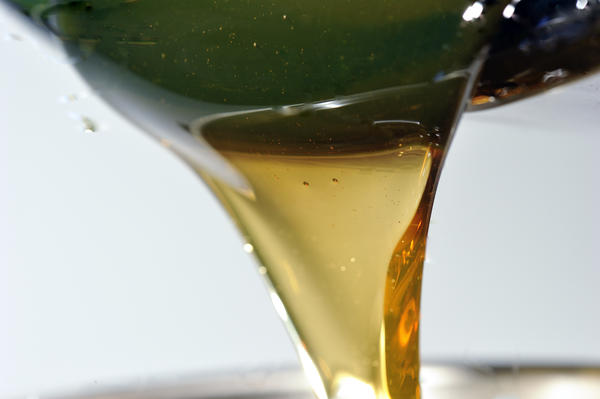 It’s common knowledge that at some point engine oil has to be changed. Regularly changing your car’s engine oil and filter are one of the most important things you can do to keep your car running efficiently. Over a period of time, your oil will “go bad” or breakdown and your filter will become blocked with contaminants. This can depend on a number of factors such as how much you drive, your style of driving and the type of vehicle. But for most consumers, they are usually unaware of what exactly makes oil changes necessary.  So why then, is it so important that we are changing our engine oil regularly and why does engine oil breakdown?

Many factors play a part in your engine oil’s breakdown, but it is essentially the build-up of contaminants in the oil and chemical changes inside the oil that make it unfit for further use. Gradually, oil will be contaminated by dirt/sludge or altered by the extreme pressures and temperatures that are found inside an engine. The following are the main causes of oil degradation.

The engines of today are constantly evolving and becoming more and more powerful as we move from generation to generation. As more horsepower is added, increased pressure is put on the turbochargers. This pressure creates extremely hot environments that receive less cooling from the outside air, air that would usually help regulate the temperature. Therefore, as the temperatures increase, the greater heat levels lead to oil oxidation. This, in turn, alters the viscosity of regular oils. Due to the fact that they are created from impure, irregular molecules, regular motor oils are more vulnerable to the effects of heat. The small, light molecules in regular oils tend to evaporate as the oil is heated, leaving large and quite heavy molecules behind, leading to oil consumption and an increase in the oil’s viscosity. If these large, heavy molecules are chemically unstable, they may break down and create deposits on component surfaces, further preventing the release of heat into the oil stream.

Even in relatively mild and unassuming temperatures, oxygen works to break down some of the chemicals that are used in conventional lubricants. The extreme heat in engines actually stimulates the creation of oxidation. When conventional oil contaminants break down, they coat the components with varnish, various deposits and sludge and leave the lubricant thick, extremely hard to pump and with very poor ability to transfer heat.

Cold temperatures are on the opposite end of the spectrum and cause the oil to thicken. Conventional lubricants contain paraffin’s which cause them to thicken in cold temperatures as the paraffin begins to merge. As the engine is started, the thickened oil can leave working parts unprotected for as long as five minutes while the oil warms to a temperature that allows it to flow throughout the engine.

Dust and dirt from the air enter the engine through air cleaners, oil fill caps and the ventilation systems. General engine wear and everyday use can

produce tiny metal particles that are picked up and disseminated by the oil. The abrasive particles of road dust and dirt increase the rate of wear and

tear and in turn, create even larger metal particles. These particles are similarly abrasive and the rate of wear cascades. While filtration removes most of the contaminants, some of these persist and are left to circulate within the oil.

A combustion engine consists of a fixed cylinder and a moving piston. After the piston compresses the mix of fuel and air, the spark ignites it, causing combustion gases. The expansions of these gases push the piston during the stroke. In a diesel engine, only air is inducted into the engine and then compressed Combustion produces several byproducts that also act as contaminants. Water and acids cause sludge, rust and corrosion. Soot and carbon create sludge and varnish can clog filters. Unburned fuel in liquid form deposits on cylinder walls where it leaks past the rings into the crankcase. Sludge deposits gather on oil pump screens, restricting the flow of oil to essential engine parts and resulting in rapid and destructive wear. When oil becomes contaminated, its viscosity changes. With soot, dirt, sludge or oxidation, viscosity increases; while fuel dilution will decrease.

Engines create a massive amount of internal pressure that can result in a thin film lubrication or boundary lubrication. This lubrication breaks the oil film between moving parts. Varying movements inside the engine interrupt the fluid, trapping air and forming bubbles and/or foam. Due to the fact that air can be compressed, the ability of the lubrication to prevent contact is reduced. Since the mixed air contains oxygen, it increases the production of oil oxidation.

Lubricant manufacturers have performed a variety of tests and experimented with various combinations to create types of chemicals that help to combat specific problems faced by engine oils. These additives are added to base oils as a package. Typical versions of these additive packages can include rust/corrosion inhibitors, cleansers, dispersants, oxidation inhibitors, extreme pressure additives and viscosity index improvers. Each of these is designed to aid the base oil in protecting the components, but additives have a limit to their abilities.

Although these additives perform specific, specialised tasks within the engine, they are also subjected to the same extreme environment experienced by the base oil and because of this, each individual additive is affected by different variables in different ways. For example, viscosity index improvers are used to decrease the thinning effects produced by operating at elevated temperatures. They are the key components that allow for the production of multi-grade oils. However, the long molecules in viscosity index improvers are susceptible to shearing in service, which reduces their capacity to minimize fluid viscosity loss. Permanent reduction of viscosity index improvers can result in the piston ring sticking due to the formation of various deposits, an increase in the level of oil being consumed and faster equipment wear. 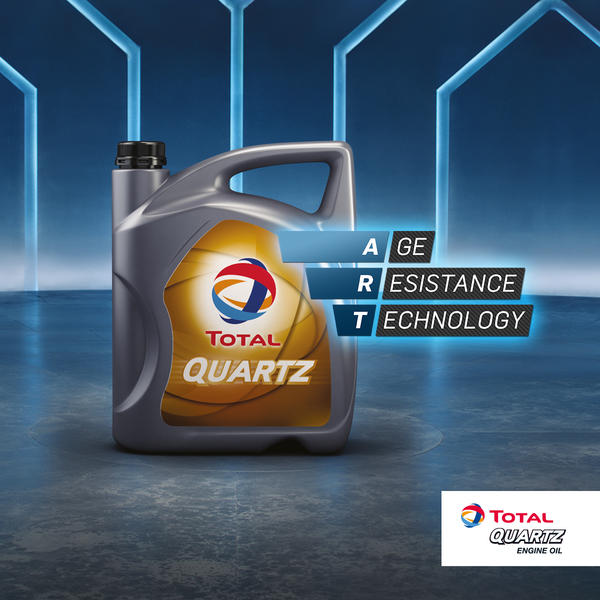 The best engine oils should provide optimal performance and protection for your engine. Through years of innovation and development, Total engineers have created the groundbreaking Age Resistance Technology (ART). This innovation increases the interaction between oil molecules, creating a greater resistant molecular structure. This helps to prevent the protective film within the lubricant from breaking, in any conditions, from extreme temperature and pressure, friction or the build-up of sludge, expanding the lifespan of your engine. To view the full range of Total Quartz products with ART technology by clicking here or use our which oil app to find out which of these innovative products is best suited for you.