Actioil is a complete diesel fuel system treatment that prevents & solves the problems  that are associated with modern diesel. Actioil is a treatment with Biocide, used worldwide & approved by some of the largest fuel suppliers and leading vehicle manufacturers.

Actioil is extremely easy to use and provides long-lasting action restoring your fuel and improving its performance whilst also preventing further contamination. 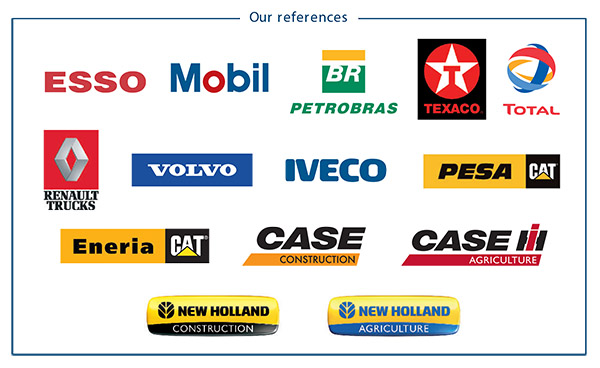 Diesel starts to degrade from the moment it leaves the refinery and enters the supply chain. This process is intensified through the addition of Biofuel. Even top grade diesel goes through this process of degradation as it is a natural occurrence and this degradation continues while in the storage tanks and occurs in 2 ways:

1. Condensation which takes place inside the tanks either storage of equipment/vehicle tanks. Diesel contains dissolved water & when humid air reaches the inner reservoirs, climate conditions generate temperature variations inside the tank, this, in turn, causes an acumination of water on the top of the tanks. The acuminated water condenses, and when it falls together with pieces of metal/plastic it contaminates the fuel in the tank.This sets of a chain of problematic reactions which degrades the fuel & forms Sludge”:

2. When more Biofuel is added to diesel, there is a corresponding reduction in the content of sulphur. Sulphur is a natural element that prevents the proliferation of micro-organisms, and when reduced will cause the increasing formation of sludge & sediments as a result, which causes obstructions in the whole fuel system.

Talk to Our Technical Team

For best results perform treatment after the fuel filter has been replaced during service.

Instructions below must be followed for treatment to be effective